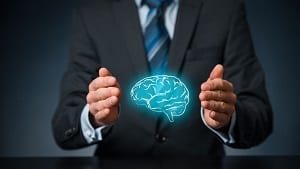 The first documented usage of the word “Business intelligence” dates back to the 19th century when Richard Miller mentioned it in his work, Cyclopaedia of Commercial and Business Anecdotes. The second renowned usage of the word was in the article titled “A Business Intelligence System”, written by Hans Peter Luhn, a computer scientist at IBM. Over time, the idea continued to gain popularity, acceptance, and incorporation until it became a relatively vital part of the decision-making operations of prudent enterprises, striving to gain insight from the data of the past (related to customer experiences, pricing and inventory etc.). Today, business intelligence can be defined as using technology (sophisticated tools) to analyze data and obtain meaningful, tangible information from it, which can then be used by managers and policymakers to make knowledgeable enterprise decisions.

Business intelligence, often referred to as “BI”, is a suite of software and applications (often) working in tandem with each other, on large amounts of data to convert it into a form that enhances the power of decision making. In the earlier stages of the 20th century, BI tools could only generate general reports and you could only get historical data from them by running a few database queries. Today, modern BI tools have features like online analytical processing, data mining, data optimization, data management, predictive modeling and futuristic forecasting etc. These incredibly beneficial features allow companies to answer questions like “What went wrong?” “Will it be profitable for us if we keep producing the same product?” “Did the customer demographic X yield substantial revenue?” “Is it prudent to continue using the same raw material for the production of product Y?” among others. By answering such questions, companies can learn from the actions taken in the past, figure out the important factors that need to be reproduced/eliminated and eventually, identify what the best way to move forward is.

One of the many advantages of BI is that it can help companies of all sizes in the same manner. It doesn’t matter whether you are a small startup of 6 people or are a giant conglomerate; it’s always beneficial to know that you know how good your products did in the last quarter or how happy your customers were with the services they were provided with. The more you know about the business you did in the past, the better your chances of doing good business in the future will be.

Now that we have established what BI is and how beneficial BI tools can be, let’s take a look at some of the features that are rudimentary to almost all the famous tools out there:

Arguably the most integral feature of BI tools is reports-generation and the ability to create interactive, customizable dashboards. These dashboards normally refresh automatically and perpetually to provide real-time data relating to important business procedures. In the start, static dashboards were included in most of the tools but now, a BI tool can’t survive in the market if it doesn’t have dynamic dashboards. Additionally, the reports feature should be able to generate user-friendly reports within a small amount of time. Some of the best tools include drag and drop options for report creation as well.

Another huge component of any BI tool is its data analysis module. Data is at the heart of anything and everything relating to BI and a tool will be of no use to a company if it can’t analyze data efficiently and productively. Faster data analyzers are preferred over slower ones because most of the times, we are talking about huge amounts of data. In addition to speed, data analysis tools are also evaluated on their ability to maintain data integrity.

Even though this seems like a trivial feature, in the modern world, it’s anything but. Tools released in the earlier stages of the 21st century often needed installations on desktop computers which is a time-consuming and inefficient task for companies that have hundreds/thousands of employees. (Imagine installing a software on the computer of every concerned employee). These days, most of the companies provide cloud-based BI solutions that only require you to enter your login details on a specific URL to access all of the features without having to run any manual installations.

BI tools are nothing without data and it goes without saying. It’s of paramount importance that your BI tool easily integrates with all of your major data sources like customer relationship management systems, excel spreadsheets or enterprise planning systems etc. This integration not only relieves the user of the cumbersome hassle of obtaining data from multiple sources but also makes sure that the efficacy and the integrity of the pertinent data are also preserved.

As BI tools deal with large amounts of data, it’s a given that they need to be made as rigorously secure as possible. Especially the tools that are present in the cloud need to be protected with multiple layers of security to ward off any potential threats.

If there is one thing that has always been true of technology, it is that it never ceases to improve and amaze; BI is expected not to be an exception. In the future, we can expect:

Business intelligence is no longer a concept that requires frequent introductions as it has already shaped the destinies of hundreds of thousands of companies around the world. In years to come, we can only expect the tools to get faster, more intelligent and obviously- more productive.

Jason Cartwright has been immersed in the world of business intelligence and analytics for many years. He advises many entrepreneur and SMBs in business intelligence, and helps implement new systems. Jason believes that the most successful businesses are those that are data-driven.

Join the discussion by writing a question or comment in the form below.

Join the discussion by writing a question or comment in the form below.

This website is an informative comparison site that aims to offer its users find helpful information regarding the products and offers that will be suitable for their needs. We are able to maintain a free, high-quality service by receiving advertising fees from the brands and service providers we review on this website. These advertising fees, combined with our criteria and methodology, such as the conversion rates, our team of reviewer's finding and subjective experience and product popularity, impact the placement and position of the brands within the comparison table. In the event rating or scoring are assigned by us, they are based on the position in the comparison table. See our How we Rate page and Terms of Use for information. The reviews, rating and scoring are provided “as-is” without guaranties or warranties regarding the information contained in our website, which shall not be considered as endorsement. We make the best efforts to keep the information up-to-date, however, an offer’s terms might change at any time. We do not compare or include all service providers, brands and offers available in the market.

Our goal is to provide answers to all of your questions so you can make a confident purchasing decision. We welcome your feedback, so please email us at service@top5networks.com with suggestions and questions. We’d love to hear from you!